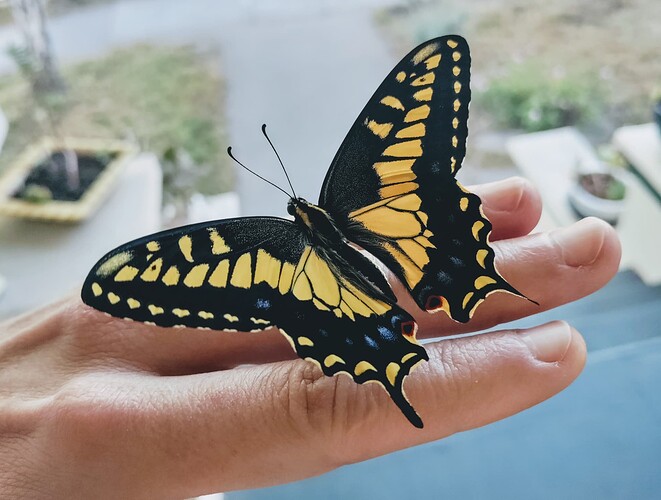 I haven’t been posting my weekly journal entries for a couple of months now, so I wanted to give just a little update to anyone who was following or has been wondering why I stopped. A lot has happened the last few months, some good, some bad. But mostly good (see pic above for one of those things

). Above all life has kept me busy. That along with some necessary family time (which I’ll write more about at some point) put me a bit off my schedule for posting here and then it just snowballed. One missed update and a lot of other catching up to do led to another one missed, etc. But I still have the outline of the updates I intended to make and I do hope to catch up at some point. And I want to return to at least making new, current journal posts as soon as possible.

There is a lot I want to share, but it takes time and energy to do so. Even, it seems, in the lower-pressure context of this digital garden. In fact, candidly speaking, I think I have slowly and mostly subconsciously let go of the “growing, evolving, unfinished” context I originally had for this space and started to expect myself to “finish” things in at least some sense before making them public here. My thoughts on all this are ever-evolving, of course. And I suppose one thought that has come up is a concern that people will read some nascent idea and perhaps dismiss because it’s not well formed or descriptive enough yet, and then won’t later see some update and improvement I make to it which might make it more compelling for people…

But perhaps rather than taking that as a reason to “polish” or “finish” things before I put them here, instead I could come up with some way of better highlighting pieces that have had important updates, or have gotten to a more “finished” state. Something that doesn’t require people to revisit here, or check their notifications in Discourse. For example sending out a newsletter that people could subscribe to and just not pay attention to until I send something out… How many of you might be interested in that?

Anyway, in the end life is most about living, being in the moment, and engaged with your immediate experiences. Sharing it is important too, and “documenting” it is also a part of life I value, both of which this space exists for. But it is secondary to the living part.

So just know for now that I am living well and experiencing a lot of interesting and cool things, and I hope to tell you more soon!