A bit of a quieter week in some respects, but that is in good part because I did a lot more social stuff, so there’s kind of less to “report”. It’s nice to have these weeks shifted more toward friend time, etc. though, of course.

This was my first full week using Fibery instead of Obsidian for logging, and it went pretty well. Not necessarily better than Obsidian just yet, but I feel like it probably will be. Even if it’s just “as good” in the end, the other aspects of things that will end up being more integrated will undoubtedly be a benefit.

Once I got the two original cocktail recipes all batched-up and sent to their venue, my friends were wondering if a 3rd might be possible. In general I’ve really enjoyed this process, and I usually appreciate having outside inspiration for recipe creation since I’m otherwise on my own to just throw things together (which I also enjoy, but can get monotonous). So I dove-in again, this time with an apple-fennel-floral inspiration from a previous recipe I had done some years back that they requested, but I have to make it without egg white for batching reasons, which essentially changes the whole thing. I started with an apple shrub, which the original recipe had been based on, and while it was good (better, arguably, than the commercial one I’d used before), it wasn’t hitting the notes I wanted (too much of the vinegar/acetic acid to get the right apple-y-ness). So I took a half gallon of apple juice and reduced it down for an hour and a half to get a still-tart syrup, and I’m now experimenting with that, which is quite good! I was able to taste test a version-in-progress and I think I know which direction to go to finalize things.

I haven’t reported on my TV watchings for quite some time, so here’s a quick check-in. I’m still working my way through Community and finding it unsurprisingly great, most of the time. There are a few episodes that kind of put me off, but almost every show has those, and mostly it’s really great, and there are a few characters (Abed, most notably) who I really love. I also just finished John Hodgman and David Reese’s animation shorts series “Dicktown”, season 2. I enjoyed season 1 well enough, and season 2 was mostly more of the same, although quite honestly a little more annoying and harsh to the characters at times. But I have to say, by the end, the last 2-3 episodes, it felt like it pulled me back in, and ended in a fairly satisfying way. I mostly have watched it because I really do love John Hodgman (and especially his podcast Judge John Hodgman, i.e. JJHO), but Dicktown is most definitely quite different. I’ll probably go back for a season 3 if it comes, though.

And finally, I checked out the first 3 episodes of Andor, the new Disney+ Star Wars show from the creator/director/writer of Rogue One (basically my favorite of the new Star Wars content), and damn is it good! I know it isn’t universally loved thus far, but for me this is far and away the best Disney+ Star Wars content we have gotten so far, and essentially 100% matches what I actually was excited about and had in mind when the idea of expanded universe content was first brought up as Disney was buying Lucasfilm. What we got instead were 3 rehash films, 1 pretty good TV show (Mandalorian), and two mediocre-at-best ones (with a few bright moments). This is the first genuinely excellent show (at least based on the first 3 episodes), IMHO. I highly recommend you check it out if you liked Rogue One, and I hope Disney gives Tony Gilroy more Star Wars stuff after this! How might things have gone if he had been responsible for the 3rd and final trilogy instead of JJ Abrams?

I just got my next COVID booster, bivalent, oriented toward the Omicron “b variants” I believe. Seems like a thing we’ll just be doing every 4-6 months for the foreseeable future and, well, I’m OK with that really. Hopefully it works better than the previous one on these new variants!

I got my new side chair (accent chair?) delivered, a bit early, and it’s… not bad. Not amazing either, though. A bit smaller than I think I imagined (though I do need it to fit a small-ish space), and perhaps a bit less comfortable so far, although I imagine it will “break-in” over time. It’s a bit odd to have to decide whether to keep a several hundred dollar piece of furniture when it’s not really as comfortable as it might one day be though. I also need to figure out where to put it. I had a place in mind, but it requires me to get rid of some other stuff that I don’t really want to have to let go if I can help it. So now begins the attempt at shifting things around in the space to make it all work, which juuust might be possible. We’ll see. One thing I’ve learned about interior decorating over the years is that there is often some way of making things work that you haven’t yet thought of or tried, so I am to explore the possibilities. Also a quick aside, I had to hang my wall art with “picture rails” so far, i.e. hanging metal cable hardware, and I don’t really like it that much. A previous attempt to put nails in the wall failed oddly when I hit something seemingly impenetrable, but I need to try again. Hopefully I was just hitting a metal plate over a stud with electrical wires or something…

I learned something important and useful from my IFS therapist this past week: most people have their eyes closed when they’re practicing IFS, trying to connect and “talk” with or get to know parts, etc. Most of the time to-date I had been doing it with my eyes open, for whatever reason. I kind of wish my therapist had told me this was the understood convention and best practice sooner, but hey, better late than never. I’ve also been experimenting with “self IFS” sessions the past few weeks, so I tried one with eyes closed. Oddly I’m not sure it was actually as effective or useful as prior ones, but it’s just 1 attempt. And it’s also possible that he eyes closed approach is just more useful when someone else is involved, since it makes that person a less immediate and distracting part of the dynamic, whereas if I’m doing it alone, the self-consciousness element and other aspects of a person being there are just not a factor.

I had a great, long hike out to Tamales Point in Pt. Reyes this past week with an old friend and former roommate. We saw a lot of interesting wildlife surprisingly close-up (see below), but more importantly we really connected on a deeper level than we ever have before. He’s going through a big breakup right now, and has been in therapy for I think the first time in his life over the past few years. Back when we lived together quite honestly we seldom talked to each other about our feelings (and I think some issues/concerns between us probably went unspoken to as a result, although I think we were also very compatible roommates overall). So now it seems like a world of difference. We’ve both done a good amount of self work over the past several years and are way more prepared and capable of articulating our thoughts, relating to the other person’s experience, etc. It’s pretty great to be deepening a long-time friendship in this way. 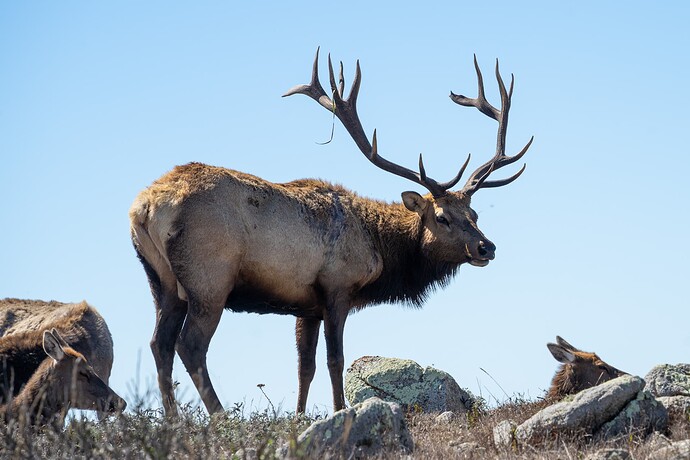 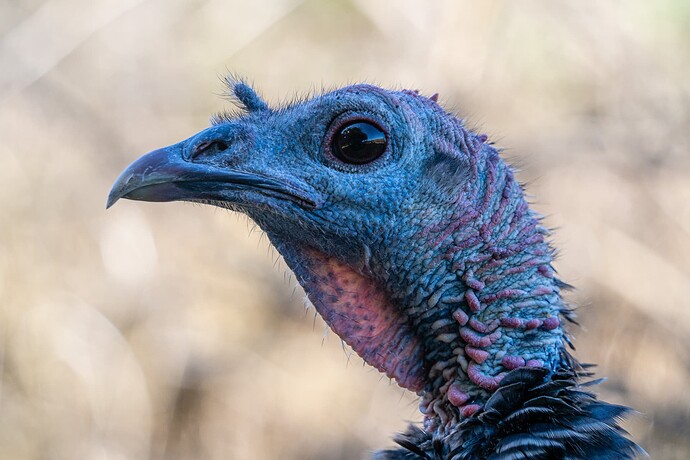 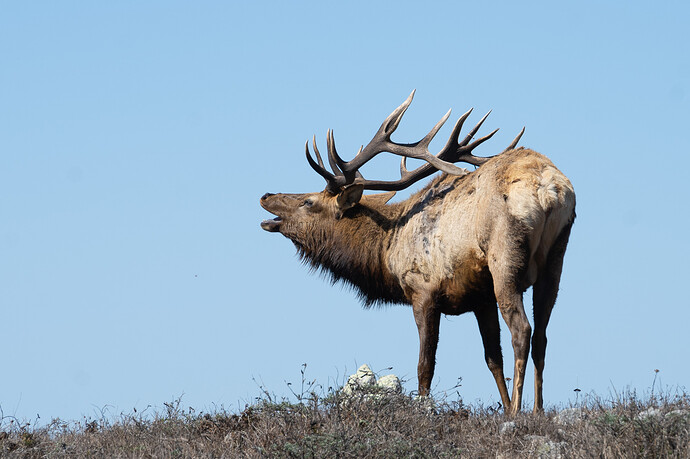 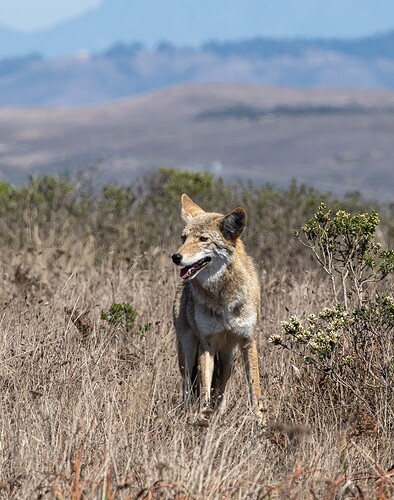