I’ve had the idea to add a Graph Navigation View to Discourse for quite some time now, somewhat similar to the existing “Community Network Visualization” plugin, but for interconnections between topics rather than users, which I think would be far more interesting and useful (at least for me, and many of the purposes I see Discourse having most value for). This is heavily inspired by how many current “Tools for Thought” (TfT) or “Personal Knowledge Management” (PKM) tools work, like Roam Research, Obsidian (which I currently use), etc. Just imagine being able to navigate my digital garden here with a view that showed how topics connect to each other. Intriguing? Hopefully! Anyway, like I said I’ve had the idea for quite a while, but the typical place to share such things and get feedback and potential collaborators is “Discourse Meta”, the community forum for Discourse itself, and unfortunately I haven’t found a lot of interest in PKM/TFT and more out-of-the-box thinking over there.

So I figured if I wanted this to be built, I’d have to pay someone to do it (or learn programming, which seems like it’d take a lot longer

). As a result I have held off on sharing much about it… until now. I had the sudden realization last week that there is a community that might be interested in this idea, and in fact they had already demonstrated the funding and development of another Discourse plugin with TfT/PKM roots quite recently, a “Wikilinks” implementation (I’d had a very similar idea myself some time back, shared it on Meta, and didn’t get a lot of traction, which is part of what contributed to my feelings of general disinterest).

Anyway, I decided to share my plugin idea first with the Fission Codes community, which had largely funded the Wikilinks plugin, and I quickly got interest and even an offer of funding and helping to manage an OpenCollective to hopefully make this actually happen! This is a far better and more sustainable approach than me just funding out out of pocket, and it also aligns nicely with some overall ambitions and ideas I have around improving “funding for the commons”, so I’m excited to dive into this! Thanks go to Boris Mann and Fission Codes for the opportunity and collaboration. (OpenCollective link coming soon!) 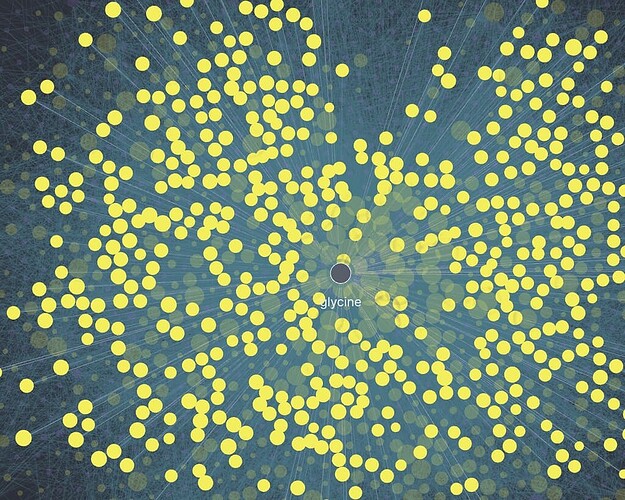 Graph view for Discourse category and topic links/backlinks (for nav +...

Description We should create a Discourse plugin that adds a Graph View for navigation and visualization. Discourse is a highly flexible forum tool that works very well for multi user collaboration (this very forum, for example!). It also has been...

Hot take: all the current streaming music services are kind of garbage. I was fairly happy with Google Play Music for a long time (with some caveats), and have always hated the Spotify interface (I’ll grant Spotify has advantages, e.g. better recommendations). But once YouTube Music forcibly replaced GPM, well… it’s been pretty disappointing. The intermixing of YouTube and Music playlists and follows is one of the most awful things, but there are plenty of other issues, and I’ve become increasingly convinced that it loses some of my Thumbs Up/Favorite songs over time, which is just unacceptable (to be fair Spotify seems to also do this, at least for some people. YT Music has gotten slightly better over time, but not nearly enough. Meanwhile Spotify is… fine, I guess. It too has gotten maybe a bit better (although the poorly handled addition of podcasts into the app was a definite misstep).

So I was pragmatically fine just sticking with YT Music, until recently. Spotify’s sheer popularity and near-ubiquity, and especially its superior playlist sharing and collaborating features finally won me over when I recently started making playlists for a couple friends. They’re both Spotify users, but even if they weren’t at least there’s a free version they could listen with ads! YTM’s strategy is just confusingly bad. So Spotify is now the least bad of the options for me, and over I go. At leas I managed to get a discount on a year subscription by buying a Gift Card on Amazon…

Speaking of Spotify and playlists, I did finally finish one of those and shared with my friend. I mentioned recently that I can have a tendency to spend more time and energy than necessary (or even beneficial) to “perfect” something, and it turns out that includes making a playlist for a friend.

So I probably did spend too much time, but I found a place to draw the line and get over a little over that perfectionism, which is good. Now to finish that other playlist…

Without going into too much detail, I was recently pulled back in a bit to a project I had been contributing to some time ago, and which I ultimately decided to leave. At the time it didn’t feel worth my focus and effort, I felt it was on the wrong path and had poor leadership. And… I sadly still feel more or less that way. That said, there is some potential to contribute positively and perhaps help it head in the right direction, and I do think in the past week I’ve made useful contributions. I just really need to watch my time investment in it, both because there are more valuable ways I could be spending my time, and because I know I’ll resent it and feel all the more judgmental of it if I do end up falling into over-investing again. That’s on me in the end, of course, so I’ll work to remain mindful… Is there anything you spend time on in your life that you might be better off giving less time and energy to, even if you still want it to be a part of your life?

Wow, a lot of audio/music-related stuff this week, which I just now realize as I’m writing this. I picked up a new 5.1 speaker set on discount recently, and finally got the (used) amp to go with it. So I’m all setup now. It’s got some rough edges, pauses between switching video inputs in particular, and since it’s hooked up to my computer it can cause some glitches as the system tries (I think) to switch resolutions or re-connect to a briefly missing output (I think this is just the clunky nature of the amp’s built-in HDMI input switching). There may be a way to improve it, but the amp is a few years old and I suspect it may just be the nature of less modern, polished, and/or less high-end tech. It works for now, and does sound a good bit better than what I had. Can’t wait to move it into a room that is properly sized for it though, right now I’m in a fairly modest 10.5’ x 14’ space and it’s a little close for the full 5.1 experience, I think. It’s nice to be able to really crank music sometimes though!

I’ve mentioned the trucking live stream channel Big Rig Travels here before, which I started watching during the early days of the pandemic, and continue to have in the background somewhat frequently. One of the things I started to do at a certain point was make time lapses of some of the longer and more interesting drives, or particularly exciting weather, sunsets/sunrises, etc. I was eventually given permission to share them directly to the channel, which is really cool, but I haven’t been doing so for many months, until recently. I had kind of set myself a goal of upgrading the experience before I got back to it. The audio in the videos was unintelligible when sped up to 10x or so (funny how that works vs. the video, which can be chaotic, but still “legible”, so to speak), so I always muted it, but that made for silent videos. I wanted to add music, but had no budget to pay for even inexpensive audio, plus the length of the videos meant that even free music had to be unusually long to work well.

So I kind of set it all aside after realizing I’d need to spend some time looking more in-depth for music that might work. But I finally did do that and was able to share some of my early experiments this past week, which were fairly well received! Unfortunately they were more work than I hoped, but I do think I can iterate from here and improve on my process so that it’s faster and easier going forward. I’d love to be able to post them more often, every week or two. And in particular they are unique in that they can be shared on-demand, so when live streaming isn’t happening, often because Steve the driver is on one of his monthly (or so) few days of time off, then I can share them and the “road crew” (as the community is called) can get together and chat a bit while they enjoy a sort of high speed recap of a recent trip. Anyway, it’s a fun thing to do, it just needs to be sustainable for me, and I think and hope I can make that happen!

Another week, another new idea for how to approach the house-buying arrangement with my family’s real estate companies. There is a complicated arrangement of multiple companies, different ownership of assets, etc. So there is a lot to think about. I’ve learned a ton about real estate in the process, including depreciation, 1031s, various tax write-offs, etc. as well as more about fringe benefits and employment taxation than I ever thought I’d want to know. And while there have been a lot of dead ends, and it ultimately may not even be feasible to accomplish my goals (for now, at least), I do think I’m pretty close to figuring out for good whether that’s the case, and if it is possible, then I’ll know the very best way to go about it. That’s pretty exciting, both in what it could bring to my life (a new-to-me house to make my own!), as well as the feeling of a good plan coming together, and of finding an efficient, dare I say “optimal” approach to a complex, challenging problem. That kind of thing is very satisfying to me, even when a new house isn’t the end reward.

As I mentioned last week, I’ve been experimenting with “self-therapy” sessions recently, and I’m continuing to find them valuable and interesting. It’s not always easy to get myself to set aside the time and do it, but it’s always rewarding when I do. And the actual practice is remarkably easy. So far it’s not bringing me as close to the more exiled parts of me, which I’m more and more able to access in my actual therapy sessions. But I’m quite curious if that will come with time, as my parts gain more trust of Self through the process. If nothing else I continue to gain insight with each self-session…