It’s been ages since I included my browser tab and email stats, partly because I really let my inbox get a little out of control, and partly because I’ve been fairly consistently late on my journal updates recently.

But I just did a big inbox cleanup yesterday (more on that in a moment), taking it down from ~115 emails to somewhere in the 60s. So let’s get back to that for the moment. Starting from now, so no changes to compare yet…

I mentioned my weight loss experiment a few times over the past couple months, and I generally considered it an interesting experiment but something of a “failure” (in its original goals). But I am noticing that it appears to perhaps have re-set my weight baseline a few pounds lower, even though I didn’t make my further low goal that was some 6-8lbs below that. So that’s something! And this is with exercise at kind of a low ebb, too, which I’m not thrilled about, but it does mean there is a lot of room for improvement! I have another, shorter and more intensive attempt to hit that low goal coming up again soon, so that should be interesting, and maybe it too will at least get me to a lower-still baseline. This also aligns somewhat with some recent info I was reading about metabolic adaptation cycles, etc.

I had a really fun day out with a friend visiting a goat farm for a tour and cheese tasting! This was a somewhat sprawling and biodynamic-oriented place (Harley Farms down in Pescadero, to be specific), and so they had a variety of animals, garden spaces, etc., including a llama for herd protection (pictured in his sassy glory below), a bunch of adorable but intimidating-when-necessary Great Pyrenees dogs (working in pairs, aww), pigs, cows, peacocks, and more. It was a really nice tour (made the more special by the fact that we were the only two who booked that particular day, so we basically got a private tour!), enjoyable cheese, and a beautiful spot to hang out for lunch afterward, plus a lovely drive up and down the coast to reach it. Recommended! 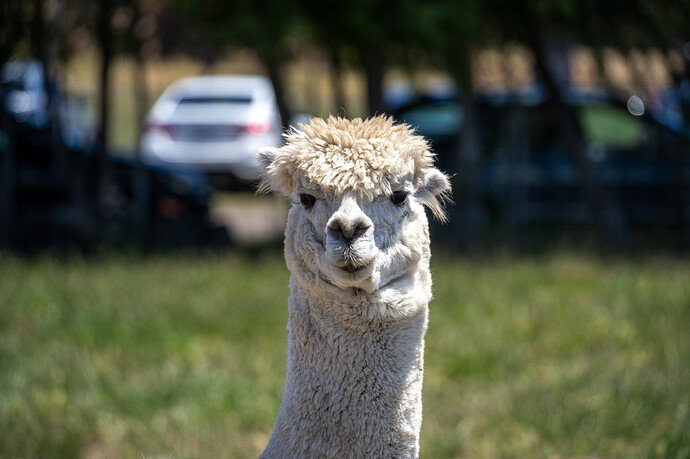 I planned a cocktail party for this week (which went really well!), so I had some fun developing new recipes, experimenting with new ingredients, etc. in the days leading up to it. I made “Superjuice” for the first time, quite successfully, as well as experimenting with vegetarian rennet for clarifying cocktails! More on that later, perhaps (short version: it totally works! now to see what it might be good for). I was also inspired by some comments requesting cocktail recipe recreations on an Educated Barfly video focusing on matcha drinks, so I dug into that as well, and ended up with some nice results so far. Sadly I didn’t take any worthwhile pictures. But next time…

This is a complicated one… I tend to get quite passionate about certain projects and even software sometimes, and will often dive in deep, contribute and/or experiment a lot, and then… well, it either leads into a sustainable, steady state where I keep using the product and/or contributing to the community/project, but at a lower intensity, or I end up letting go and distancing myself (whether consciously or otherwise) if I end up finding it’s not serving me anymore. I try to do this more and more consciously these days, and I think I’ve made progress at that. Anyway, this past week marked the quiet, but I think necessary, end of my deeper involvement in one of those software communities. I think it’s for the best, both for me and for that community, though I will miss some of the discussions and ideas there. I will be curious to see how they fare, but for now the indications are that it’s not going in a direction that appeals to me. This feels like a natural cycle for me at this point, so there is a little sadness in it, but definite relief and a feeling of having reached clarity and some closure.

More and more progress in decorating and configuring my space, and I’m particularly proud of some more home improvement-type things I’ve been working on of late. I installed some shelves for my large collection of cocktail bitters, and they needed a little extra support so I added some unobtrusive brackets this past week (they’re normally “floating” shelves, they just needed a teensy bit of help

). I also installed some hangers for wine glasses, after clearing out a long-cluttered and largely unusable area right behind my bar. It’s now an actually functional space that I can use for a variety of things to make creating and serving cocktails much easier and faster! All this was largely motivated by the cocktail party I mentioned, which went off really well with a small group of friends. I’m hoping to continue hosting now, despite ongoing low-level COVID concerns, and even perhaps to move into a more “open” regular cocktail night in the future. Events like this past week are helping me really improve my process though, so that I’ll actually be able to serve drinks at closer-to-bar-speeds in the future, without freaking out.

It’s been a while since I wrote about “demiromanticism” here (and I keep meaning to go more in-depth about it), but I had some interesting new thoughts around it this past week that I wanted to touch on briefly. Since learning about this model of romantic attachment, I have felt a bit like how I’ve heard other people describe the discovery of words that better describe their own way of being. Which is to say I have felt like I better understand myself and my own needs, and can better articulate them to others and navigate the actual experience of forming various kinds of connections. That said this success doesn’t necessarily mean the demiromantic model wholly applies to me, or that these “good” feelings around seeing myself through this lens are entirely correct. One can feel “good” even through false beliefs.

This week brought two realizations, the first being that feeling like I can and indeed should approach romantic relationships with something of a “friends first” mindset might make things feel easier, but it also could be a way to avoid confronting some uncomfortable feelings and fears around relationships, attachment, etc. This came up as I started to see and feel potential exceptions to this desire to go slow, i.e. people that I was perhaps more excited about making connections with, and felt less like I needed (or wanted) to “go slow”. And the second realization, a byproduct of the first, is the obvious value of applying IFS concepts, which is to say “parts language” and models, to the way that I understand demiromanticism as it relates to my needs in developing romantic relationships. In short: yes, some parts probably do benefit from a slower, perhaps “friends first” approach, but other parts don’t want or need that, or would benefit more from other approaches! And some parts will be more dominant, evident, or vocal in certain situations, other parts will do so at other times. It all comes back to first identifying, and then navigating, negotiating, and balancing the disparate needs of parts. And it’s good to no longer be seeing myself as a whole through the singular lens of “demiromanticism”, even as I still find a lot of value and connection in how some parts feel about that approach.

Over the last month or so I’ve been experimenting with setting aside a larger chunk of time to focus on some project or more significant area of work. I spent two Saturdays working my way through my huge number of caterpillar metamorphosis videos for an upcoming project, and made great progress, though I had hoped to be done by now. Anyway, this week I decided to try to clear out a bunch of email that I had let build up in my inbox. I started at something like 115 total emails, and ended at around 65, so that’s some good progress! I had honestly hoped for more, but I think that is becoming a fairly consistent theme, and I’m trying to focus on celebrating the progress I do make.

I still have a ways to go, but it was helpful just to see how much I can get through when I really focus and exercise a little discipline to intentionally make real progress. Spending a good part of a day on this kind of progress works well, but I’m also hopeful I’ll be able to extend some of this focus and discipline into other parts of the week…