I got my grandpa a hardware VOIP device that can use a regular phone, along with an extra-loud cordless phone to go with it. It’s compatible with Google Voice, which means literally free phone calls (with his existing Internet, of course). So instead of paying some $45/mo extra to Xfinity, he gets a phone he can use for free, and which is honestly more flexible than Xfinity’s service even is. Win! (I will always celebrate being able to give less money to Xfinity

OK, this may be a weird/random one, but last year I decided I was sleeping hot and sweaty a little too often. After some research and testing, I bought a Buffy Breeze comforter and it actually worked! Except… this being my first winter with it, I’ve discovered it’s too cold now. I tested my old comforter again but it managed to still make sweaty on a couple nights. But it was a nice reminder that the new setup actually works much better! I’m hoping that just putting a light blanket over the Buffy will do the trick while keeping it breathable, we’ll see.

I’ve been getting more into Twitter lately, especially in the Personal Knowledge Management (PKM) and “Tools for Thought” (TfT) spaces. One of the big players of the last couple years in TfT is Roam Research, started by Conor White Sullivan. For any readers who don’t know him, he is a rather strong and interesting personality and we’ve butted heads on Twitter before. He blocked me once prior as a result, but unblocked me perhaps 6 months later.

It’d be a long story to try to provide full context, but the short version is he stepped back from public engagement for a while over the past year, leaving a lot of questions about the future of Roam unanswered. He had just jumped back in recently and was engaging, seemingly on the cusp of bringing some genuinely interesting insight into his startup journey of the past year or so, and I was actually excited to be back in conversation with him. As before I was challenging him at times, to be sure, but also supporting him and Roam. Unfortunately he seems to have decided there was a bit too much counterpoint and he blocked me again.

After another episode or two of Parks and Rec I finally decided that Leslie Knope is a monster and I didn’t want to keep putting up with the show’s tolerance of her BS. I’m a little curious to find out where some of those characters and their story lines went, but not enough to put up with the annoying aspects of the show and some of the characters. So instead I started Only Murders in the Building and hey, it’s great so far!

This was a good week of catching up on some things. In particular I did a big clean-out of my Google Keep notes, plus I got down below 60 Chrome tabs, at least for a brief moment (yes, this is an accomplishment for me, hah). I use Keep along with Obsidian, Quip, and occasionally Notion, and I really don’t want to have them all in the mix, but for the moment they do all give me some unique value. Keep feels like the one I can hopefully let go most easily, provided I find some other app with really good quick note taking and simple reminder functionality. Maybe Anytype will fill that role sooner or later…

I do Intermittent Fasting, 5:2, which is 5 days of regular meals and 2 of just 500 calories per day. On those 500 calorie days I typically eat a single meal around early dinner time. I have to be a little more careful with my digestion than on a regular day, I’ve found, and I appreciate ease and routine on fast days, so I’ve settled into some specific foods that I eat pretty regularly. But lately I’ve been wanting to mix it up a little for various reasons (growing awareness of other dietary limitations being one). So I’m phasing out both white beans and quinoa, and apparently shifting to oats with snap peas. I only mention this because I find it interesting how people arrive at their very particular habits, especially around food. So this is one of mine.

I discovered recently that some of my recurring projects in Amazing Marvin have been recurring (sort of), but not actually popping up on my day’s tasks to do. So effectively it was like they weren’t happening at all. I love many things about Amazing Marvin, but the way it handles recurring tasks and projects is sadly not one of them. I think I have this working again, but it has still nudged me a little bit in the direction of letting go of AM in the future. Compelling me more in that direction is a growing desire to have my tasks and my notes/PKM more directly integrated…

This past year I got inspired to connect with a number of small businesses and use my tech experience to help them with various issues, website questions, newsletters, etc. I think perhaps I miss having more tech-focused work now that I’m in real estate, and it’s nice to be able to help people, too. Typically the problems are fairly low difficulty, so the effort-to-reward ratio also happens to be good.

Sadly I’ve found that many people seem to have stories of being taken advantage of in the tech realm, and that’s something I hope to reduce at least a bit with my work. I’m also just really enjoying some of the social connection with these folks. Small business owners and entrepreneurs just tend to be really cool, interesting, and inspiring people.

As I get more into this I’m also realizing that it might be cool to actually start a non-profit to do it more seriously, and have a bigger impact. I honestly haven’t looked into whether anything like that already exists (I’m familiar with basic stuff, computer skills, and similar classes for small business owners, but this is more like tech consulting but for free or work trade). Anyway, it’s just a thought for now, but I’m enjoying being able to help people and I see potential in figuring out ways of doing that even more.

For about a year now I’ve been considering a switch from Windows to Mac for various reasons, largely inspired initially by the release (and amazing performance-per-watt) of the M1. Recent events have started to cement that thinking even further, including the truly terrible experience of Windows 11 and what a giant step back it feels like to me. As luck would have it a rather nice deal on a first gen Macbook Pro came up, and I’m strongly thinking of going for it! As a literally life-long Windows user (and DOS before that), this could be a big change, so I won’t be going all-in to start. But it’s still a notable potential turning point.

I kind of hate Instagram… But I’m on there anyway. I used to post a good deal of cocktail content and actively follow a lot more of that kind of thing there. It’s a very vibrant community and is (or perhaps was) super active. Kind of overwhelming. Anyway, I ended up having to shift attention away, and seldom felt inspired to post much in the past year or two. When I did post more recently, it was mostly not cocktail content, but that stuff got the most engagement by far. And really it is something I’ve been wanting to return to because I genuinely enjoy it at times. So I finally got some decent pics of drinks at home (being honest I seldom garnish things I make unless it’ll really add to the aromatic experience 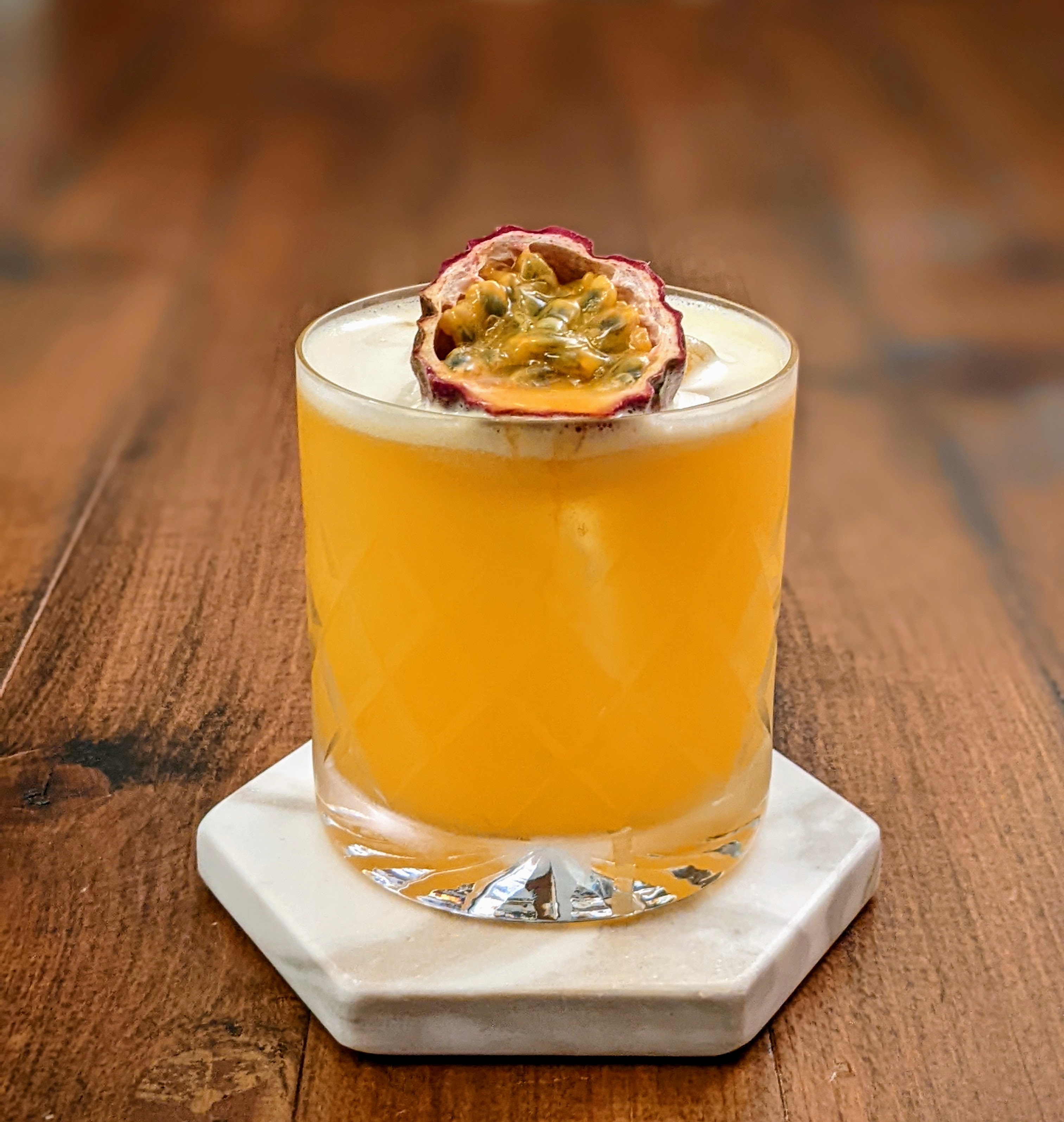 Finally, as I’ve mentioned before, I became a fan of the Big Rig Travels YouTube channel during the pandemic. “Big Rig Steve” basically live streams his trucking work all over the country, and he’s built up a whole community around it. He even meets people on his live stream when the time and place line up. So it happened that he was in the Bay Area this past week, which is extremely uncommon. And… I had to go try to meet him or at least show up on the stream. Even as I type this I can feel how dorky it is, but oh well.

Unfortunately there are basically no truck stops in the entire area, the nearest ones are in the central valley on I5. So a meetup wasn’t possible. The best I could manage was a beep and a wave as I passed him on the highway, and in the live stream you can see my car, but my arm waving out the window is barely visible. Next time I think I’ll just wave from an overpass, and at least know I know where to go.