(dunno if this is an appropriate use of creating a separate thread- it’s a clear outcome and given what I saw possible with an extension in Groove Desktop (pre-Microsoft), i want to know how the Discourse community sees transforming discussions into tracked, committed actions - this is a tangent to this thread at best!)

getting a TiddlySpace instance up and running has been on my backburner forever since they shut down hosting in Dec 2016. 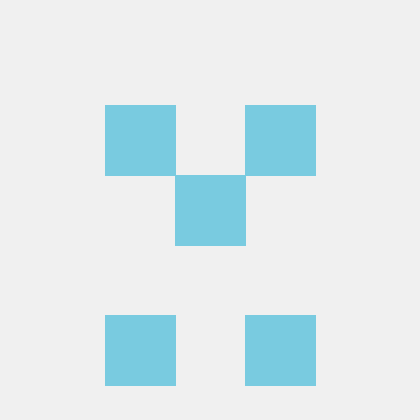 TiddlySpace has 13 repositories available. Follow their code on GitHub.

at some point, I want to show you what they did right in regards to you creating a “tiddler” (or nugget of knowledge) let’s say “DigitalGarden” and I do the same thing - we inherently have two different perspectives of what a digital garden is based on our own respective life experiences and the tool began to facilitate honoring those differences (and my mind is too fuzzy to remember if it facilitated bringing our ideas together?)

the other thing I loved is the idea of inheritance. as a form of community leadership, I was able to create a @burningman tiddlywiki and it had the 10 principles of Burning Man - my friend was able to create her own tiddlywiki and “include” @burningman which inherited the 10 principles as part of her “being” (or character) - it also allowed her to override the definition of a principle if she wanted to define it her own way (as we all do with the more life experience we get)

let me know if you can envision this - this was one of the coolest things Ive ever seen and not clear if Jeremy Ruston (the creator) ever saw the power of “personal wiki” for growth & development in this way as a possible killer use case.

it would be very interesting to hear your thoughts on digital gardening for the purpose of growth & development - this is something I am passionate about and still working on learning how to articulate (without having to resort to pointing to prototypes (which my big upset is they die because someone decides to pull the plug and sick of this happening!)) [i guess it would be also good to know your long-term plans for your Discourse instance and how you wish to ensure anybody who wishes to participate in your garden has a means of moving their thoughts/threads somewhere should you decide to close this experiment down (and beyond a .zip export - i feel it’s honorable to have something like “Google Takeout” but at the end of the day, feel these zip just gather dust somewhere because there is no clear path of where to host the data somewhere else in a form that is equally as usable!]

ok i’m ranting. this is why I like the idea of Discourse being self-hosted and at the same time, I want to make sure I’m not making Discourse a hammer and everything nails

Hello and apologies for the late reply. You are more than welcome to start new messages here! This one is private, so nobody else sees it, but I enjoy Discourse as a platform to have conversations with many of its useful tools (quoting, embedded media, etc.). And I’d prefer it to email, which would be the other major option, I think!

Anyway, to the meat of your message.

This incarnation of a “digital garden” here in Discourse is actually just a partial execution of my vision and it’s only one way I can imagine doing it, out of many. I like many aspects of what I’ve been able to create here, but also appreciate (and in some cases envy) some of what others have been able to do with different platforms and tools. So in short, I would certainly love to see what you’d come up with in your own way! I do recall your Notion “digital greenhouse”, btw.

What you’re describing with interconnection of Tiddly instances, inheritance with override, etc. sounds really cool and rather advanced. Much more along the lines of the collaborative and community-generating digital garden space than what Discourse currently allows. Which I think (and hope) brings us to perhaps the crux of this and some other recent messages you’ve sent here.

Discourse is a great tool, and a great platform. It is first and foremost a forum system, but it is also flexible enough to make a “personal website” of various kinds, including this incarnation of a “digital garden”. But because of its nature, it is inevitably hosted and “owned” by someone. It is developed with the needs of open communities in mind, but not with a truly Wikipedia-esque open permission model. It takes a more cautious view, for I think good reason, since it’s not just “information” being posted, but opinion and general conversation. The possibility for abuse is high. So it has a sophisticated structure of permissions, “trust levels”, etc.

One could, in theory, just make multiple people an admin in a single Discourse instance. And have each one able to create e.g. categories at will, to carve out their own spaces. But… I think it is too limited an approach. It is difficult, for example, to style one category differently from another, and therefore distinguish it beyond some basic header graphic and color differences.

And, as I think I’ve said, there is currently no way to interconnect separate Discourse instances. So… it really doesn’t facilitate the kind of independent-yet-connected vision that I think you have, and that to me is also quite interesting and exciting.

For now I am content to play in my own curated digital garden. Where others can come and enjoy what I’ve created, they can comment on it, and they can even add a bit of their own content in the “Lounge”. But it is not like a true community garden. If I knew of a good way to do that I would definitely share it, and your brief mentions of Tiddlyspace above is definitely intriguing in that respect. I would want to maintain my own personal, private space that only I can edit (and that gets back to one of the issues with shared Discourse instances), but I also love the idea of interconnecting things. It really becomes broader, potentially, than the current baseline concept of a digital garden. It starts to become a meta idea of the WWW itself, and getting back to some of the original concepts of it, with universal backlinks, transclusion, etc. that is to this day still not possible, probably in good part because of commercial interests and/or short-sightedness… Anyway, I digress, hah.

I don’t see Roam actually doing that well tackling this space, although I think they have ambition to. Discourse does not have ambition to, but I think is actually more technically capable of pulling it off.

More likely it will be some tool that is not as large and well-known as either, that may not even be in the conversation yet… And I’ll keep my eye out for it!

More responses coming soon. I’m just coming to the end of the first 2 weeks after onboarding at a new job! I’ll tell you more about that soon too. Hope you’re well!

What you’re describing with interconnection of Tiddly instances, inheritance with override, etc. sounds really cool and rather advanced.

thanks for understanding this power! I am now really curious if you have a coding background?

I poked around the repo a bit more - I think I what I thought would be on the front page of the repo is actually in a README like file:

This file has been truncated. show original

it’s not a Docker container but it does look fairly straight forward to set up.

Rainy day project that will remain in my bucket list! I can’t wait to demo inheritance with you though