Dating should not be a for-profit enterprise 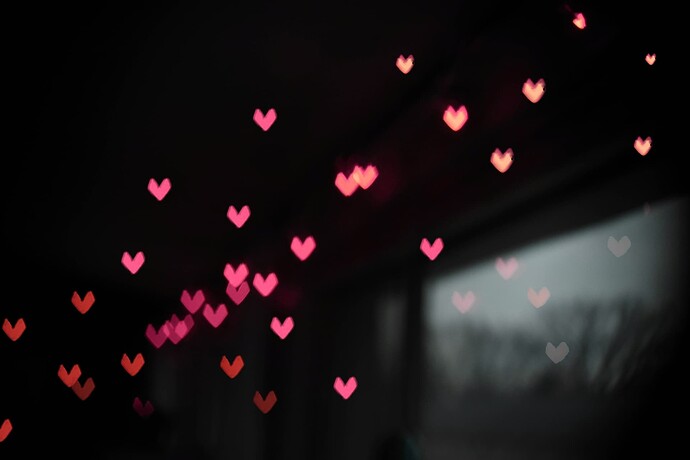 I am a long-time user of online dating systems like OKCupid and, more recently, Hinge, Bumble, etc. In fact, looking back at my email history, the first time I used OKC was February of 2004.

So anyway, I’m a “very online dater guy”. And in my nearly 20 years of using these apps, meeting people, and finding love and other things (no, I don’t just mean sex

), I have seen what I would call a steady, and arguably increasing decline in the quality, value, and indeed even the efficacy and potential positive outcome of the available platforms as a whole. OKCupid is a particularly stark example of this for two reasons, it started out quite quirky and full-featured, and it has just been around for a long time (one of the longest-lived of currently popular dating platforms), so it’s had a long trajectory of change. In the last 5 years or so in particular it has aggressively removed features and functionality that many people appreciated, while adding mostly little of value (the mutual match for messaging feature being an exception).

In part this broader decline is of course because Match.com owns something like 75% of the dating app user base across a number of its major holdings, including aforementioned OKC, Tinder, Hinge, and of course Match(dot com!) itself. In total Wikipedia claims they own 45 separate dating services/sites/apps.

There have also certainly been attempts to improve things, new dating apps come out all the time. But so far they all seem to miss the mark, get bought (mostly by Match), or simply become worse over time. I think there is one thing propelling this descent into mediocrity (and worse): more than almost any other area of life, the goals of the user of a dating app are generally misaligned with the goals of a for-profit company. Most daters want to meet someone and stop using the app. And every app developer (with few, obscure, and not very successful exceptions) wants users to keep using the app as long as possible, so they can make money from ads, from subscriptions, or from selling user data. So app companies keep doing whatever they can to keep people satisfied enough to keep using their app, but not actually giving them what they want - that’s the ideal scenario for most of them. Which is… just really depressing.

If you step back and think about it, while there are many areas of our lives completely dominated by technology platforms with misaligned incentives and profit models, there are few I could name where that seems more wrong than in the creation of human connection and, in particular, romantic relationships. This was already a challenging and stressful area before tech got in the middle. In some ways, at least for a while, it opened up some opportunities, brought new ideas and approaches to the table. But the profit model won out, as it generally does.

What if it doesn’t have to be that way? I’ve thought for years about what I’d do if I could build my own dating app, and even had a number of egalitarian ideas even with the context of a for-profit company. Mostly I just wanted it to sustain itself, I’ve never been interested in making money off of it. But somehow I didn’t quite think of it as a true non-profit enterprise, or even open source, until more recently. Now whether there is something about this moment in time (growing disaffect with the current state of online dating?) or mere coincidence, it has become more and more clear in the past year that I’m not alone in thinking about this.

So, can open source dating save us all from Match.com? Well, I’ve just joined a project to try to find out.

Many have failed before us (so far I’ve found 3 other projects, only 1 of which is still active, and it’s a single dev passion project). But maybe we’ll be different, right? If you’re interested in contributing to a true, open source, and possibly non-profit (or sustainable revenue only) dating platform, whether as a coder, marketer, community builder, or just someone full of ideas for how to do things better: come join!

Note: I’ve been wanting to write about the issues with dating apps for ages, so although me posting this now was inspired by joining this project, it’s also not just all about promotion. But it is a bit about that, obviously.

Photo by Element5 Digital on Unsplash

Match.com owns something like 75% of the dating app user base across a number of its major holdings

whoa - I had no idea Match had become a conglomerate. talk about blindsided! (which happens in dating lol)

I don’t think I realized my subconscious was at work!

app companies keep doing whatever they can to keep people satisfied enough to keep using their app, but not actually giving them what they want

you hit the nail on the head here - we have a conflict of interest just like the way we run hospitals.

If you’re interested in contributing to a true, open source, and possibly non-profit (or sustainable revenue only) dating platform

that said, my concern is the momentum and “network effect” - the unfortunate side effect of capitalism is it pours “fuel on the fire” (as we have witnessed) and allows the “dating pool” to grow quickly which is one of the first priorities (and something I already notice is an issue with more remote areas even for paid apps)

I would be very curious to see how the Pull Dating app solves this issue - (without looking at the project) - how do I “pull” my matches to me without feeling I need to run around town promoting the idea of “building the town pool” without financial resources?

it’s also not just all about promotion. But it is a bit about that, obviously.

lol you’ll have to say more about this - I have it you’re sharing from a good place so keep promoting yr ideas full force!

I’m very grateful you put yr voice out here on this front!

Although I dislike Facebook itself, I’m actually intrigued by the dating portion of it for various reasons (I may elaborate another time, but basically I like the idea of finding people to date not based solely on what they choose to put into an online profile). Unfortunately they are not making it available to everyone yet, for some reason, and also only through the Facebook app, which I generally don’t allow on my phone.

you hit the nail on the head here - we have a conflict of interest just like the way we run hospitals.

Yeah, that’s a great comparative, for sure. Another area that should not be “for profit”. We’re talking about human wellbeing here! The most important thing in “life”, really.

that said, my concern is the momentum and “network effect” - the unfortunate side effect of capitalism is it pours “fuel on the fire” (as we have witnessed) and allows the “dating pool” to grow quickly which is one of the first priorities (and something I already notice is an issue with more remote areas even for paid apps)

Yes, you’re absolutely right (and Reddit users had similar concerns, unsurprisingly). Without achieving scale, we will have largely failed in our aims. The project just began literally 2 weeks or so ago, so there are still many unanswered questions. Our goal is to get enough smart, talented, passionate people together in various areas such that we can research, test, and address any major issues like this. Obviously we have ideas for how we might promote the product and achieve good (and growing) “reach”, but I wouldn’t say there is any “silver bullet” that we have determined is highly likely to get us there. I feel like it will almost certainly take some trial and error.

Some ideas so far include:

What I think is important and valuable about an open source effort is that, unlike a startup pursuing similar ideas, the only real limit is the capacity of the volunteership and the passion of the members. Just like a startup can run out of funding, we may run out of passion for the idea, of course. But given that this is an issue which affects so many people (and note it’s not just people looking for a relationship who are frustrated; we have at least one person on the team who is coupled but still passionate about this), I think it has a good chance of sustaining momentum for a good while as long as we handle building of community and inclusiveness well.

So what I’d say in answer to your question really is: how would you solve those problems? Or what constructive feedback do you have on the ideas above? (note: here is not the place to discuss specifics like that, there’s a whole Github with rapidly growing discussion for that!). The point is if you like the idea but have some questions or concerns, join us and share your insight, your skepticism, your constructive criticism, etc!

It’s early days yet, many things are not clear or settled. A lot could still go wrong. But to-date there has not been a genuine, concerted, team effort to create an open source dating platform, at least not as far as we have been able to find (and if it exists and isn’t findable, it might as well not exist

). And this seems like an obvious thing that needs to happen. There are a few other, prior open source dating apps, but they’re small, mostly individual projects that never seemed to make any obvious effort to actually bring on collaborators. To my mind that’s missing out on a good part of the point of doing open source: contributors! So perhaps we’re the first to really go about tackling this in the right way. We may not succeed, but at least we’re forging some new territory.